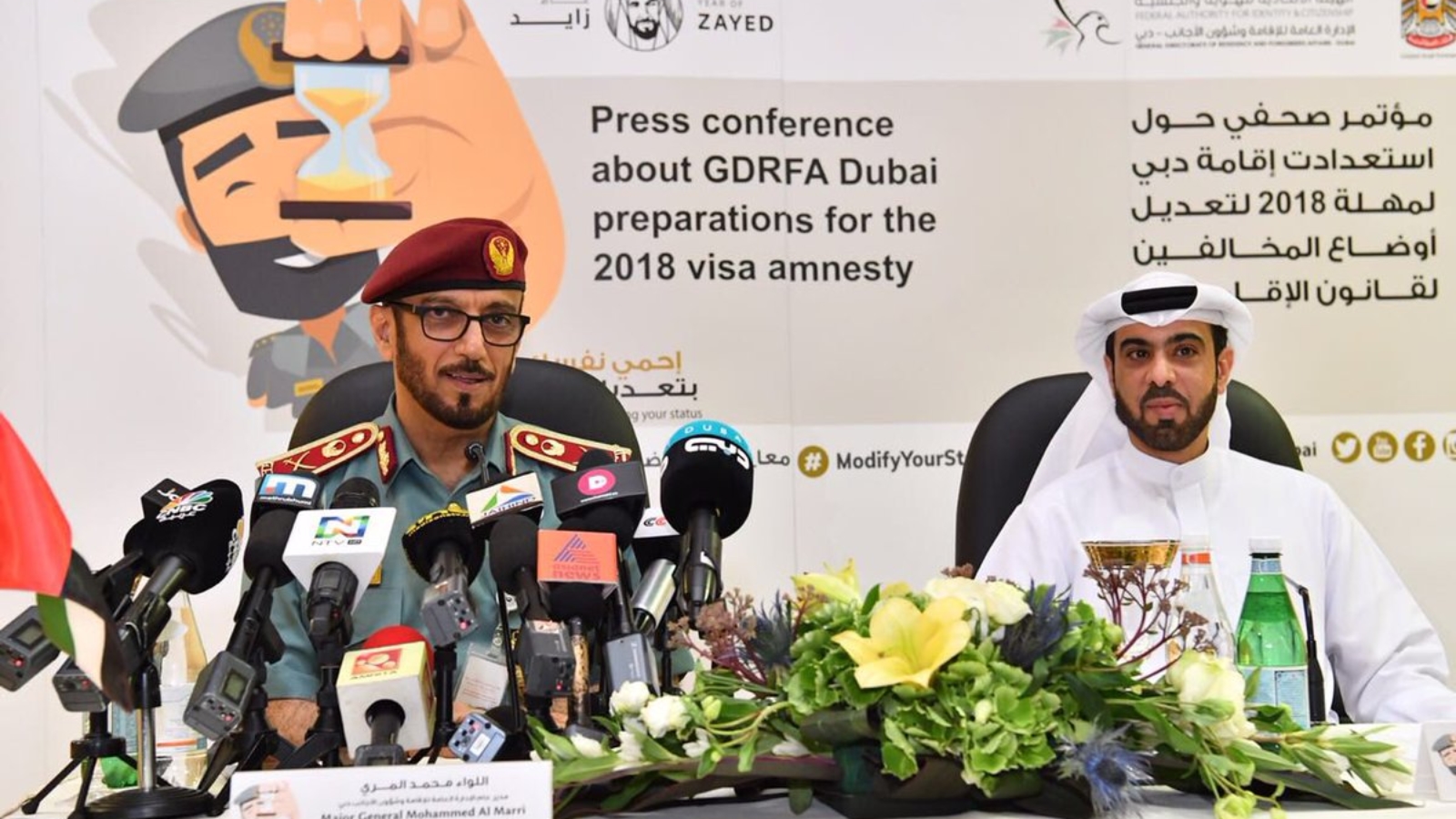 ​Abu Dhabi: Nine centres for amnesty seekers have been set up across the UAE where overstayers can regularise their residency status or leave the country without paying fines, the Federal Authority for Identity and Citizenship said on Monday.
Illegal residents in the UAE will be able to leave the country without paying fines or getting entry ban under a three-month amnesty starting from August 1.

During the period, they can also apply self-sponsorship for six months to look for a job or a sponsorship from other employers but after the amnesty period ends they will be fined or prosecuted.
But the authority also clarified that those who will be leaving the country on exit passes from the residency can legally return to the country and there will be no ban on re-entry. Even those who fled from their sponsors can leave the UAE without getting a ban, the officials clarified.
But those illegal residents who entered the UAE through unauthorised ports or means can only re-enter the country legally after the passage of two years.

Brigadier Saeed Rakan Al Rashedi, Director of Residency Affairs at the Federal Authority for Identity and Citizenship, said in a media briefing that applicants will receive their exit clearance a day after they submit their applications.
​
Brigadier Al Rashedi urged visa violators to take advantage of it as amnesty allows illegal residents to leave the country without paying fines or regularise their residency status.
“This is a great opportunity for illegal residents to avail the facility of rectifying their status legally during the amnesty period or leave the country without paying fines,” Brigadier Al Rashedi said.

He asserted that the authority has provided all kinds of arrangements to facilitate the amnesty seekers in the country and encourage illegal stayers to come forward and avail the benefits of the initiative.
The initiative aims to make the “Emirates free from violators”.
Brigadier Al Rashedi also clarified that the initiative includes all kinds of residency rules violators — those who overstayed, fled from their company’s sponsors or homes.
In Abu Dhabi, the registration centres will be at immigration offices in Shahama, Al Ain and Al Gharbia in the Western Region, in Dubai at Al Aweer while in other emirates at the main immigration offices.

Reception centres have also been set up in Sharjah, Ajman, Fujairah, Ras Al Khaimah and Umm Al Quwain.
These centres will be open from 8am to 8pm on weekdays.
The authority has launched a media campaign called, “Protect yourself by modifying your status” initiative that grants a three-month grace period to illegal residents to regularise their residency status or leave the country without facing fines or prosecution.

Brigadier Al Rashedi also cautioned of severe legal consequences to those who shelter illegals after amnesty ends as wide inspections will be carried out across the country.
If the illegal residents decide to stay back in the UAE they have to pay minimal fine to rectify their status, he said.
Those who wish to stay in the country by legalising their residency status can register at the virtual labour market website of the Ministry of Human Resources and Emiratisation to find job opportunities in the country.

He said the entire procedures of exiting the country or amending the residency status wouldn’t take more than two working days, when all required documents are submitted.
However, the three-month amnesty will also give a one-year residence visa to families who come from war-torn countries that include Syria and Yemen.

​Centres will be open from 8am to 8pm on weekdays.
Inquiries regarding amnesty at 80080 around the clock.

Those who don’t have passports, can revert to their missions for required documents to avail the opportunity

THOSE WHO WANT TO STAY BACK
New sponsor’s valid certificates for status change or residency transfer or obtain a new residency.