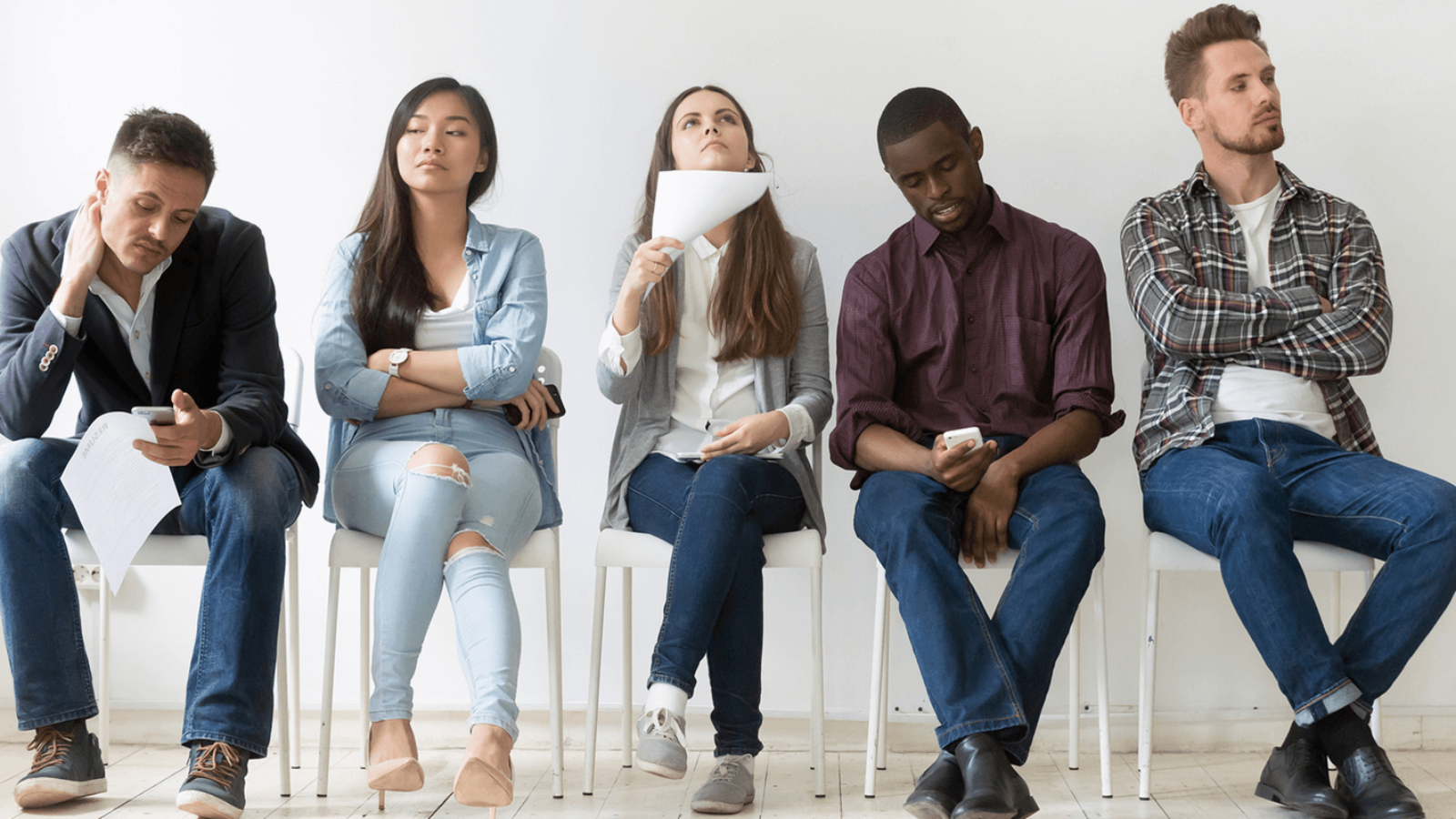 In job interviews, hiring managers judge you on more than just how you answer their questions. They also take a close look at your body language, Your eye contact, handshake and posture can all help, or hinder, your chances of landing a job.
In the survey, nearly 70 percent of hiring managers named failing to make eye contact as one of the biggest body-language mistakes candidates make during interviews, with 39 percent saying not smiling at all is one of the biggest blunders.

​1. Not making eye contact:
Failing to make eye contact was the body language mistake interviewers were most likely to say they hated. Sixty-seven percent of people surveyed said they didn’t like it when candidates kept their eyes cast down. While you don’t want to get into a creepy staring contest with your interviewer, looking at them while listening and speaking shows you’re engaged in the conversation.

2. Playing with something on the table:
Thirty-four percent of hiring managers cited fiddling with pens or shuffling papers as a major example of poor body language in an interview. Clicking a pen or similar gestures can be interpreted as a sign of anxiety.

3. Crossing your arms:
Crossing your arms in front of your chest makes you look defensive and hostile, so it’s no wonder that 32% of HR managers said this was not something they liked to see in people they interviewed.

4. Not sitting up straight:
Slumping in your seat doesn’t convey confidence. Thirty-one percent of HR experts said it made candidates look less than polished in an interview. Sitting up straight and squaring your shoulders not only makes you look confident, but it also shows you respect your interviewer and the situation you’re in.

​5. Using too many hand gestures:
The higher the gesture, the more out-of-control you look. The key in an interview is balance: Some hand movement keeps you from coming off as too stiff, but too much and you could look like a loose cannon.