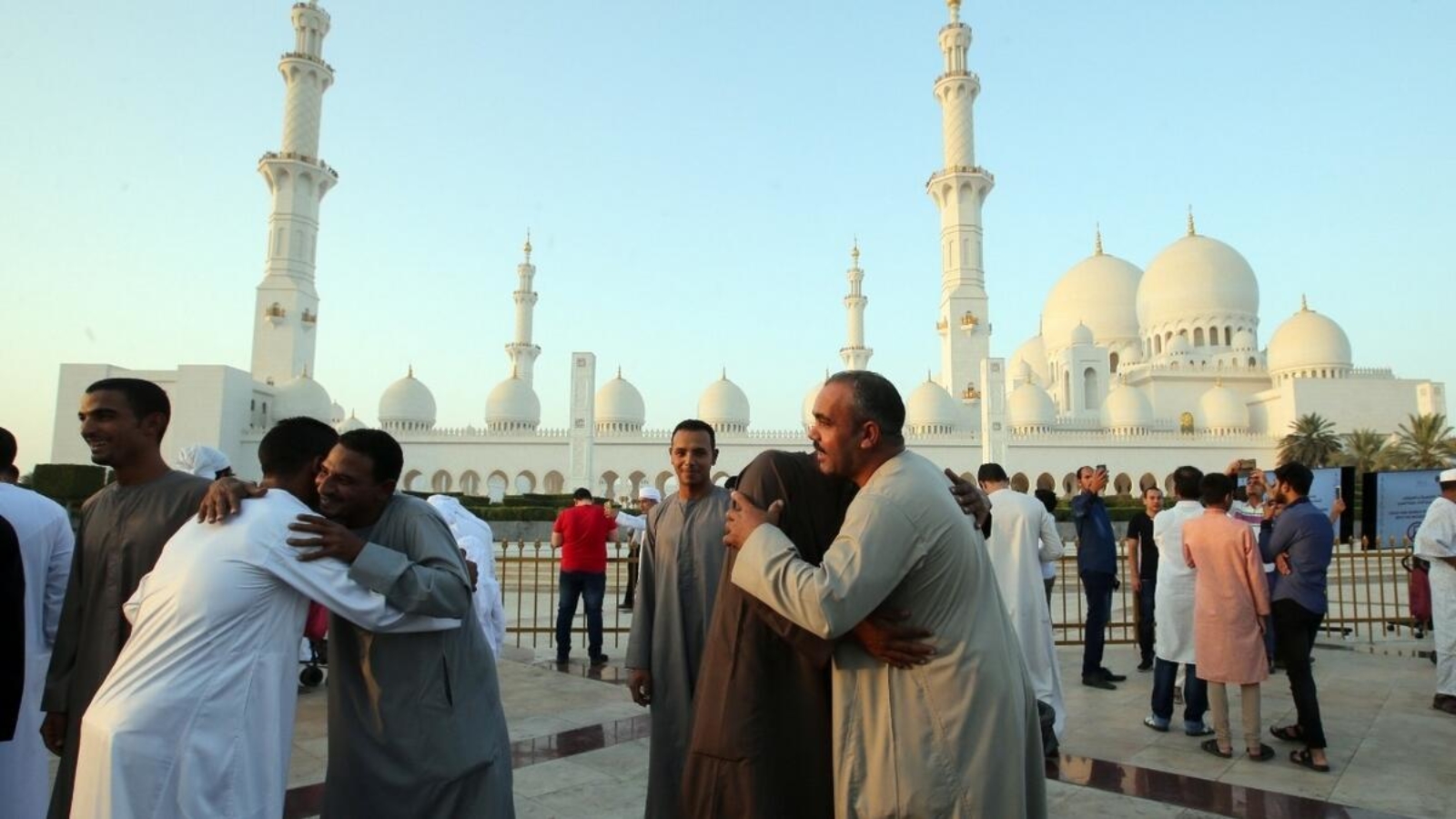 Eid Al Fitr is likely to be observed on June 25 in most Muslim countries.

Muslims across the world will be hosting dozens of celebrations for Eid, including prayers, feasts and parades.
The date Eid falls this year depends on when Ramadan starts. The Islamic Crescent Observation Project (Icop) has said that astronomically Eid Al Fitr of Hijri year 1438 will be on Sunday, June 25 in most Muslim countries, considering that sighting of the moon is a precondition for the beginning of the month of Shawwal.

Here is everything you need to know about Eid Al Fitr:
What is Eid Al Fitr:
Eid Al Fitr and Eid Al Adha are the two major festivals in Islam. Eid Al Fitr, or the ‘festival of breaking fast’, marks the end of the holy month of Ramadan and the beginning of Shawaal, the 10th month of the Islamic lunar calendar. The festival is celebrated by the 1.6 billion Muslims across the globe. The date for Eid Al Fitr is based on the lunar calendar.

When is it celebrated:
The celebration  of Eid Al Fitr is subjected to the appearance of moon which is why its observance varies from country to country. The process of the moon sighting begins on the 29th day of Ramadan. If the moon is sighted on the 29th, the next day is declared as Eid Al Fitr and the first day of the month of Shawaal.
In other case, Eid Al Fitr may be observed after fasting 30 days of Ramadan. Fasting on the day of Eid is forbidden in Islam.

How is it observed:
During the holy month of Ramadan, Muslims fast for 29 to 30 days from dawn to dusk. It is a month of worship and spiritual cleansing for Muslims. They not only refrain from eating and drinking but also stay away from any misdemeanour, sexual relations, bad language and sinful acts. Extensive acts of charity are performed during the month.
After a month of spiritual training and successful completion of Ramadan, Eid Al Fitr is a day of celebration for Muslims. It is celebrated as a day of reward and victory for all those having devoted themselves to good deeds and worships during Ramadan.

How is it celebrated:
The mode of celebrating  Eid Al Fitr is majorly the same across the world.
The day begins with Eid prayer which follows the regular morning prayer. Eid prayer is obligatory for men and women to be performed in congregation. It is held is mosques and large ground also called as Eidgah. Eid greetings are exchanged between friends, family and strangers too. The celebrations of Eid Al Fitr can last up to three days. It is customary to wear new clothes, prepare a variety of dishes. In many Asian countries, elders give eidi (money) to children as a goodwill. Muslims visit their friends and relatives to exchange Eid greetings.

Public sector holidays:
The Federal Authority for Government Human Resources has announced that Eid Al Fitr holiday for federal ministries and authorities in the UAE will begin on Saturday, 29th Ramadan (corresponding to June 24).
Private sector holidays
The Ministry of Labour has declared that the Eid Al Fitr holiday, as an official paid holiday for all private sector employees in the UAE, will be on the first and second days of Shawwal.

Unique Eid Al Fitr celebrations:
1: Indonesia
A thousand layer cake – lapis legit – is prepared and eaten on the day of Eid Al Fitr (Leberan) in this country which is home to the largest Muslim population in the world.
2: Afghanistan
Egg fight or Tokhm Jangi makes the Eid celebrations unique here. People of all ages gather in parks and try to break each other’s hard boiled eggs.
3: Australia
Eid celebration here is marked by the colours of secularism and unity. On this day, Muslims and non-Muslims celebrate Eid together in the multicultural  Eid Festival and Fair. The festival first began in 1994 in Sydney before being celebrated in other parts of the country.
4: Turkey
Sweets are an important part of Eid celebration in this country. Known as Ramadan Bayram or festival of sweets, children are given various varieties of sweets on the day of Eid which mostly include Turkish delight and Baklava.